Growth above all has been Bengaluru's motto. But Karnataka is facing the worst drought in 44 years. What does an increasingly unpredictable monsoon mean for Kempe Gauda's city?

“[Bangalore] is unsuitable for development as an industrial center on a large scale.”

A 1923 conference to discuss the future of Bengaluru’s water supply was the canary in the coal mine. Its ominous warning fell on deaf ears. Following on from Part 1: Watering a City, I look at how a city ignored a foreseeable disaster:

Hesarghatta, the mainstay of Bengaluru’s water supply, is all but sucked dry by consecutive years of failed monsoons. At one point in 1926, there is just four months’ worth of water left. City planners scurry back to the drawing board to find a fix.

The visionary Diwan of Mysore (1912-1918) Sir M Visvesvaraya urges the ruling family to find a solution. The resulting committee, which he chairs, considers and rejects rivers such as the Hemavati and the Cauvery. Both are at least 100 km away from the city; tapping their waters could prove prohibitively expensive.

On the premise that Bengaluru’s population will touch the 4.5 lakh mark by 1951, the committee identifies Thippagondannahalli as the site for another tank along the Arkavathy. The new reservoir can hold sufficient water for three and a half years, even if monsoons fail and there are no fresh inflows.

The plan is far-sighted, but does not budget for a peculiarity in the city’s psyche. Each time a new tank is built, the older, more localised water sources fall into neglect and the pressure on the new water source mounts exponentially. Thus, when the Thippagondannahalli tank starts to function, Hesarghatta fades and the smaller wells and tanks that service parts of the city fall into disrepair.

The city planners are driven back to the drawing board. The strategy of building incremental reservoirs has played itself out. Nothing short of a perennial river can cater to the bottomless thirst of a rapidly growing city perched high on the Deccan plateau. In 1958, the planners turn to the sacred Cauvery – a river that flows a thousand feet below, and 100 kms distant from, the city.

Farming paddy in the Cauvery Basin

Chikka Deva Raja Wodeyar, ruler of Mysore, had his eye on the fort of Trichinopoly in the Cauvery delta.

There was history here. The kingdom of Madurai, the largest in the area, had opportunistically wrested the fort from Wodeyar’s dalvoy when hostile Maratha armies showed up in the area (circa 1696). Determined to win it back from the Madurai Naik, Wodeyar hit on a ruthless strategy.

The Cauvery rises in the forests of Coorg in Karnataka (erstwhile Mysore), collects tributaries during its progress through the state, rushes through a narrow gorge and tumbles in spectacular falls into parts of Tamil Nadu including the kingdoms of Madurai and Thanjavur, where she enriches the delta before emptying herself into the Bay of Bengal. In this fashion she gives life to rich, fertile plains of millet and paddy and sugarcane, supporting millions of lives and livelihoods.

Wodeyar realised that the river, swollen by timely monsoons, held the key to the prosperity of his rivals in Madurai and Thanjavur.

“The Indians expect these rains as impatiently as the Egyptians did the inundation of the Nile,” Father Martin wrote in 1701 to Father de Villette, a Jesuit priest then traveling across India.

Ruthlessly exploiting the geographical advantage, Wodeyar caused a dam to be built, to block the river from flowing across the border. Deprived of the once dependable water source, the kingdoms of Madurai and Thanjavur feared a great famine and joined forces to combat Wodeyar’s injustice. The “Cauvery dispute”, thus, got under way over three centuries ahead of today’s headlines.

That year, the monsoon came early, and was unusually heavy. The Cauvery, fecund with rain as it hurtled down from the highlands, hurled herself headlong at the dam, sweeping it aside with disdain as she tumbled across the border. The river had imposed its will on warring states, and taken a hand in resolving the first ever Cauvery dispute.

The Cauvery at Srirangapatna

It is to the waters of the Cauvery that Bengaluru turns in the 1960s to slake its growing thirst. In 1964, the Bangalore Water Supply and Sewerage Board (BWSSB) is established. It is India’s first water-supply management board, and on it falls the onus of carting the Cauvery over a distance of 100 km to a city elevated over 1500 feet above the river.

“Bengaluru waters have the highest embodied energy at about 1.88 units of electricity per kilo-litre of water, possibly in all of Asia,” says S Vishwanath of Biome Environmental Solutions, an outfit with expertise in water management. “And it is among the costliest.”

The scheme becomes operational in 1971. Massive pipes, each 1,200 mm in diameter, push 135 million litres of Cauvery water per day (MLD) up the steep elevation and into the city at a cost of Rs 80 crore.

Bengaluru, which back in 1923 had been identified as being unfit for industrial development, continues to defy the warning and grows at pace. Within the decade, the population swells to 30 lakh, and another set of large cement straws are laid to suck up more water from the Cauvery. By 1981, a further investment of Rs 135 crore brings in another 135 MLD.

The project is fast becoming prohibitively expensive and unsustainable – but the city grows anyway as people and industries, seduced by the cool climate and the easy availability of skilled and unskilled labor, flock to it.

“With its population touching 1 crore, the city now requires 1,700 to 1,800 million litres of water per day (MLD). In summer, the demand shoots up to 2,100-2,200 MLD. But only about 1,450 MLD of water from Cauvery river, the only piped water source, is at the BWSSB’s disposal,” the Times of India reports in September 2014. “At least 35-40% of the Cauvery water is lost to theft and leakage, which can be blamed on the decades-old supply system.”

By now, the government is pushing for additional allocations for Bengaluru, which in turn means less water for irrigation.* As agriculture gets hit, the situation becomes ripe for violent protests in the countryside, particularly when the monsoon fails.

Here’s the rub: those giant straws laid down at enormous expense do not water the city uniformly. Many areas of Bengaluru are outside the direct footprint of the water supply system. With tanks and lakes and open wells falling into disrepair through neglect, the people are forced to look for other ways to quench their thirst. They turn their attention to the ground beneath their feet.

Borewells begin to be dug. In the 1980s, water is found at depths of 100 feet. But as the city grows, the pace of construction escalates and borewells burgeon, the water table is driven deeper with every passing year till, today, the wells sink 1000 feet and more beneath the city’s skin.

Thus, the Cauvery is now being sucked dry at both ends — by the giant pipes that pump water into the city and by the bore wells that drive deeper each year, lowering the water table and forcing the river to feed it.

“Over 3.3 lakh borewells draw about 350 MLD of water, with apartment complexes being the biggest beneficiaries. Over 90% of the city’s 30,000 apartments depend on groundwater,” reports the Times of India.

Every foot a borewell sinks comes with a cost; the deeper it goes, the more expensive the water. And that is only one part of the problem. Water quality at such depths is suspect — some studies say over 90% of the borewells in Bengaluru cough up water contaminated with nitrates, iron, fluoride. And worse – the city is drawing on water it just doesn’t have. A 2011 report by the Central Ground Water Development Board says Bengaluru has exploited 141% of its groundwater resources.

Unmindful, the city grows apace. The detritus of construction clogs every locality, every street. Each fresh concrete tower poking up from the hard, dry land guzzles water in its making; once complete, it is inhabited by hundreds of people who need even more water. Growth escalates further, as plans for seven satellite towns and IT corridors move from the blueprint table to the increasingly arid rockscapes of suburban Bengaluru.

Even as borewells suck the ground dry and collude with massive pipes to drain the Cauvery, the city’s once-reliable water source – the wells and tanks that Kempe Gauda and his successors planned with such foresight – become choked with the effluents of industry while its rivers, impregnated with the toxic sludge of urban life, run black all year round.

Bengaluru, one of the fastest growing cities in the world, is in danger of turning into a choked, polluted dustbowl.

(Note: For an India obsessed with urbanisation and seduced by the idea of smart cities proliferating across the land, Bengaluru is both case study and cautionary tale. It is the many ramifications this story – of unbridled development that outpaces a population’s most essential resource – that I will now begin to explore, feet-on-ground, over the coming weeks.) 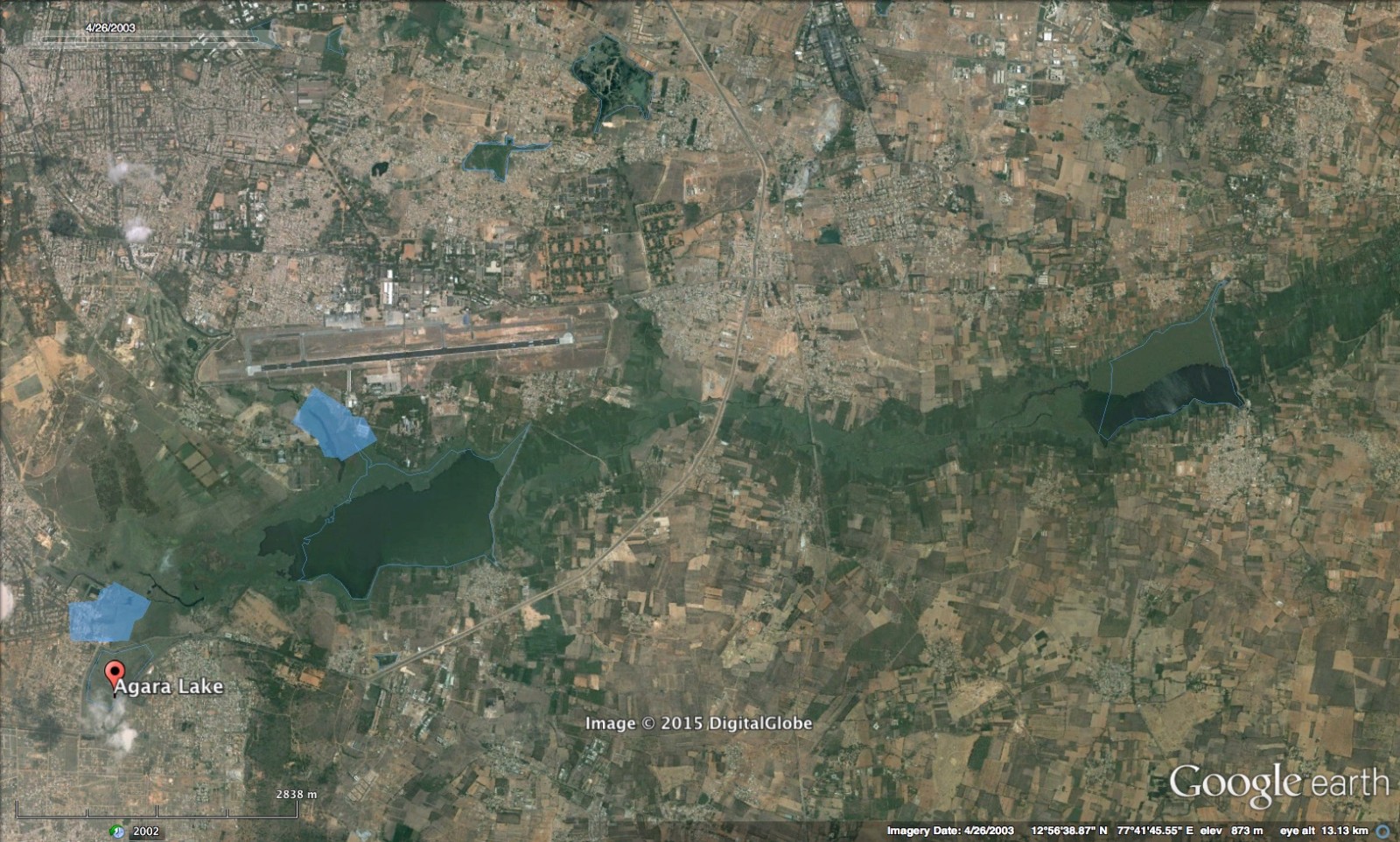 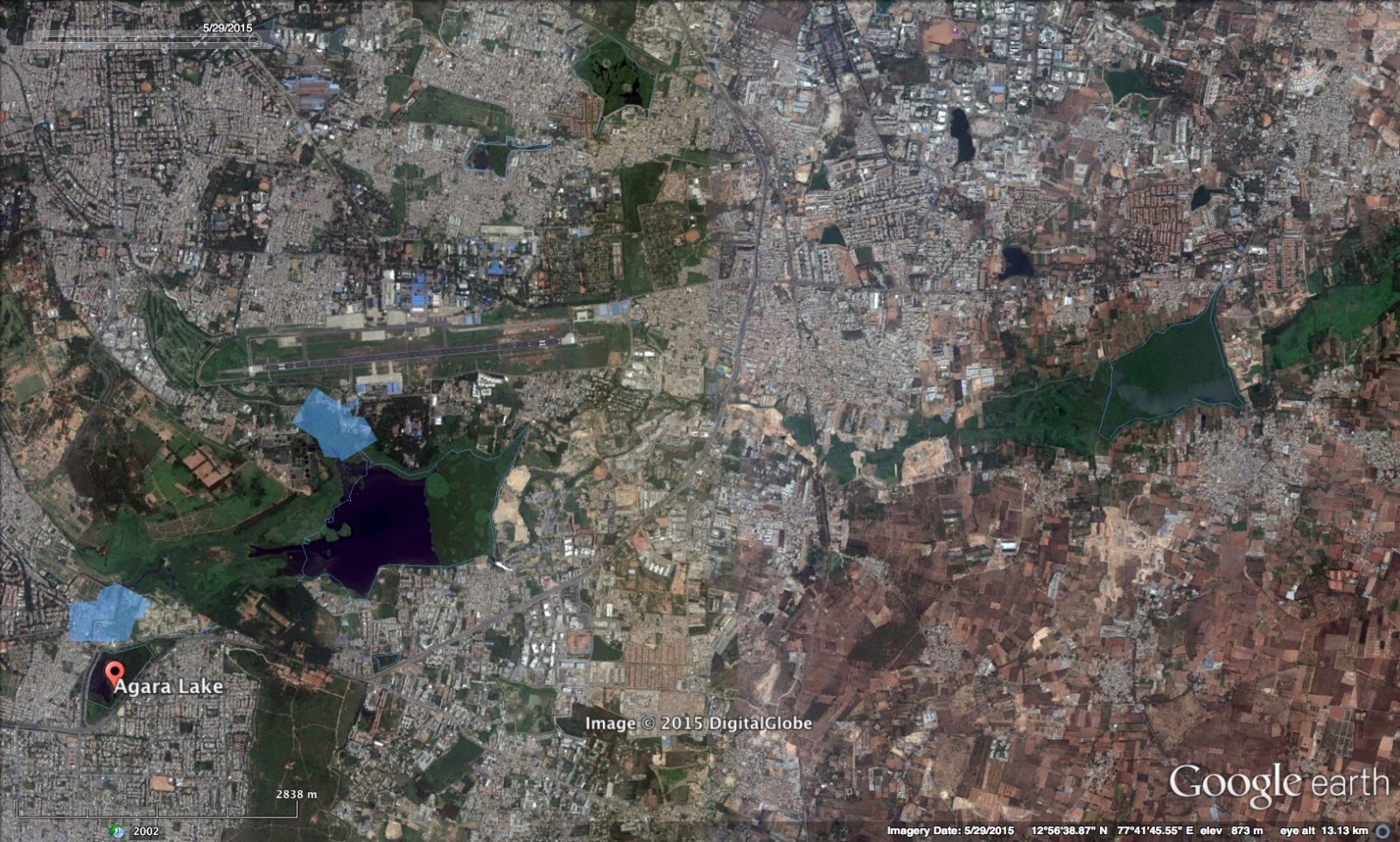 * The Cauvery Tribunal has allocated 37% to Karnataka and 58% to Tamil Nadu. Of the 37% Karnataka has, majority is for irrigation. The additional demand for Bengaluru will have to take away from the irrigation allocation.

Bangalore has no perennial rivers. Rulers and administrators over hundreds of years have recognized that this region is water-constrained and planned growth around water

People of the Thar desert who live with the cycle of seasons find ways of feeding thousands of people without irrigation. This story unfolds over a year and recounts history through contemporary lives lived gently

This series documents the effects of thoughtless anthropogenic interventions on lives and ecosystems. Land and livelihood lost, people are forced to migrate. This series follows the fates of these environmental migrants and explores the added effect of unpredictable climate events on their lives

The Sundarbans is the largest unbroken stand of mangroves in the world. This richly biodiverse delta, home to endangered creatures and nearly a million people, protects Bangladesh against the devastation of a rising sea. Damaged by an oil spill, at risk from increasing salinity, and threatened by a coal plant at its mouth, the ‘Beautiful Forest’ is engaged in a last-ditch fight for survival

People of the Thar desert who live with the cycle of seasons find ways of feeding thousands of people without irrigation. The Indian government, however, calls 68% of the deep Thar a "wasteland," and has plans to "better utilize" it. Actions born of this new lexicon threaten to destroy livelihoods and a whole ecosystem. These stories are part of an ongoing series that traces contemporary lives and the changes coming to the desert grassland commons

All the drinking water in the world will fit in a cube that can sit over the city of Bangalore. And in this industrial age, everyone wants a share of aquifers, rivers, lakes, and wetlands. Voices get shriller and stakes rise ever higher should a river cross international boundaries. Add to all this, the unpredictability of weather patterns in the age of climate change.